The role of government in transport: oversight or overreach? 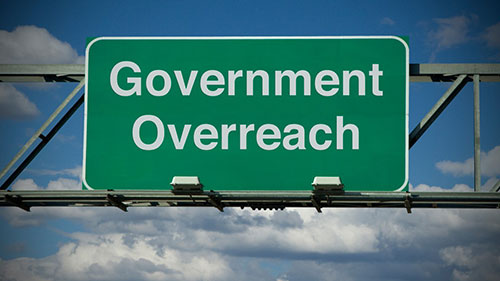 The impact of California’s Assembly Bill 5 (AB5) on the transport market is a hot topic across the industry as of late. AB5, also known as the “gig worker bill,” requires companies that employ drivers who were one considered contract workers to now be listed as full-fledged employees. For transport companies that previously relied on contract drivers, this law raises several concerns ranging from the way taxes are managed to providing benefits for many reclassified employees. Many consider AB5 to be a clear example of government overreach, but this legislation is hardly the first example of government intervention in the industry.

Electronic logging device (ELD) mandates were intended to improve driver safety and reduce the number of accidents on the road each year. Since going into effect several years ago, the data on the effectiveness of the mandates has been inconclusive. Meanwhile, restrictions brought about by ELD mandates have made it more difficult for tucking companies to operate efficiently, damaging profitability and possibly forcing some operations out of business. It could even be argued that ELD mandates have contributed to an industry-wide drop in shipping capacity.

Driver retention is another major challenge to the continued viability of our nation’s transport fleet. The rate of retirement among seasoned drivers is vastly outpacing recruitment among the younger generation, and the added responsibilities associated with ELD mandates could further hinder recruitment. As a solution, the federal government has established a pilot program intended to entice drivers 18 to 20 years of age into careers in trucking. Unfortunately, these efforts offer little relief due to insurance companies’ reluctance to cover drivers in this age range at an affordable rate.

Is government intervention harming the transport industry? Gain insights into this complex issue by watching the Stay In Your Lane Podcast.

Shippers will miss the pre-ELD days when a load could make it from coast-to-coast in just three days, but the highway-driving public can take some comfort in the supposed safety benefits that the mandate was enacted to create. This nuanced issue highlights the complicated subject of government intervention in freight shipping. Oftentimes, well-intentioned regulations may have a detrimental effect on the industry.

For all the ways that the government can impact the freight industry, some common problems have more to do with basic market conditions. Fuel prices, while subtly influenced by policy choices, are significantly impacted by decisions made at the highest levels by oil companies. While transport operations struggle under the burden of high diesel costs, fuel companies are enjoying record profits and failing to use all the existing drilling leases issued to them. Meanwhile, policymakers take the brunt of the public’s outrage for the high cost of fuel for either a lack of action or too much intervention.

While trucking operations are some of the hardest hit by rising fuel prices, the blame must also be placed at the feet of decision makers in the industry. Wasteful and inefficient shipping practices have a cumulative effect that can also contribute to the high cost of diesel.

“I never in a million years would have thought that seven pallets would be considered a full truckload,” says Wendy Workman, Senior director of Supply Chain at SK Food Group.

What role can individual carrier operations take in combating rising fuel prices? Learn more in the latest episode of the Stay In Your Lane Podcast.

In an industry as vast as shipping in the US, inefficiencies such as these can contribute significantly to the mounting energy crisis. Shippers who underload full truck loads because it’s cheaper than running an LTL load are contributing to snowballing fuel prices. Cost structures that reward these practices are as much to blame as any government policy. Underloaded FTL loads have always been a part of the business and savvy shippers are packing loads fuller than ever to gain the most value.

Government oversight can often feel like an unwelcome intrusion in an already stressful industry. Still, policy burdens placed on the freight industry don’t necessarily outweigh the benefits they are intended to provide. On the other hand, if established mandates fail to produce the intended result then a process to review their efficacy should be put in place.

“I understand the problem the government was trying to solve, I just don’t know that the solution they put in place is doing what they expected it to do,” Workman says of ELD mandates. “With the current bottleneck, now would be a good time to revisit the conversation.”

Regulations that enforce certain standards on carriers can feel like a hardship, but they also serve as an opportunity to explore new ways operating that can be beneficial in the long term. Beyond whatever the government mandates, finding ways to operate efficiently and responsibly will always benefit individual carriers and the industry at large. For efficient 3PL services that will help your operation succeed, trust the logistics experts at Triple T Transport. Learn more here.