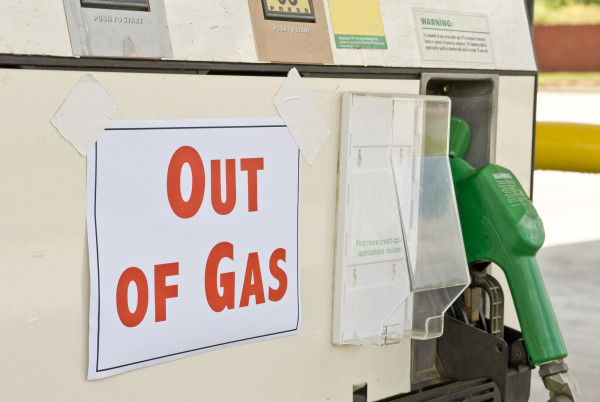 From crippling inflation to ongoing supply chain issues, there are many alarming trends in the modern transport economy. One of the most concerning issues is the rising threat of a major diesel shortage. If this should become a reality, it could deal a huge blow to a transportation economy already facing existential threats on several fronts.

According to Business Insider, a diesel shortage has been building since the start of the pandemic. Fuel inventories are now well below emergency levels and the US has just 25 days’ worth of diesel left in reserve—the lowest levels since 2008.

Like any commodity, the price of oil is dictated by simple supply and demand. Lack of demand during the recession sent oil prices plummeting. When pandemic restrictions eased, fuel prices increased as suppliers struggled to meet rising demand. The fuel supply has had difficulty keeping pace ever since.

How much will OPEC’s decision to reduce production impact the global fuel supply? Find the answer in the Stay In Your Lane Podcast.

Natural disasters, the war in Ukraine, and refinery outages could all be catalysts for a catastrophic future diesel shortage. Looming over all of this is the decision by the oil producing nations of OPEC+ to reduce output. Though this news may be troubling at first glance, some experts believe it will have little impact on the global fuel supply.

“Will the OPEC production cut raise prices? I think the answer is, probably not much, if at all,” says Dan North, Chief Economist with Allianz Trade North America.

According to North, an average of around 100 million barrels of oil are produced each day globally. OPEC’s reduction of 2 million barrels per day accounts for just 2% of the global oil supply.

“OPEC+ was already having trouble meeting their target, so really, they’re cutting production by a million barrels a day,” North explains. “That’s one percent of daily production, which is really likely to get lost in the noise.”

North and other experts believe that drawing down the US Strategic Petroleum Reserve (SPR) could instrumental in lowering fuel prices and staving off a disastrous diesel shortage. The Biden administration has already begun tapping the reserves. However, this strategy is not without its drawbacks.

Could tapping the nation’s strategic oil reserve now fuel a greater crisis in the future? Learn more by watching the Stay In Your Lane Podcast.

“The SPR was created after the first energy crisis and the Arab Oil Embargo when we literally could not get oil,” says North. “The SPR was meant for a supply crisis, not a price crisis.”

Current plans to rely on reserves for price relief would see the SPR suppling 5% of domestic oil consumption per day—a 32% overall reduction. This would leave the nation’s oil reserves at their lowest level in 38 years. In North’s view, this could be a grave miscalculation that trades low fuel prices today for disaster tomorrow.

“In this time of geopolitical uncertainty, you want a bigger reserve, not a smaller one,” says North. “It’s not meant to lower prices. It’s meant as a strategic reserve for the defense of our nation’s energy supply.”

The threat of a major diesel shortage could spell crisis for our nation’s supply chain. In these uncertain times, it is crucial to maintain a strong network of trusted supply chain partners. Count on Triple T Transport for world class 3PL services you can depend on in good times and bad.